Close search
Skip table of contents
On this page

The Jubilee Joint Fellowship (JJF) celebrates 50 years of computer science teaching at ANU. Each Fellowship is a unique three-year appointment, engaging in interdisciplinary and multidisciplinary research at the forefront of computing, while addressing major challenges in science, health and society.

Fellows will be working across the schools of computer science, astronomy and astrophysics, earth sciences, and biological data and medical institutes on projects ranging from using genomic data to better identify patterns of pathogenic genetic variation in complex human diseases, to harnessing time-series data for almost 37 billion objects in the cosmos to discover rare, exotic objects and new phenomena. 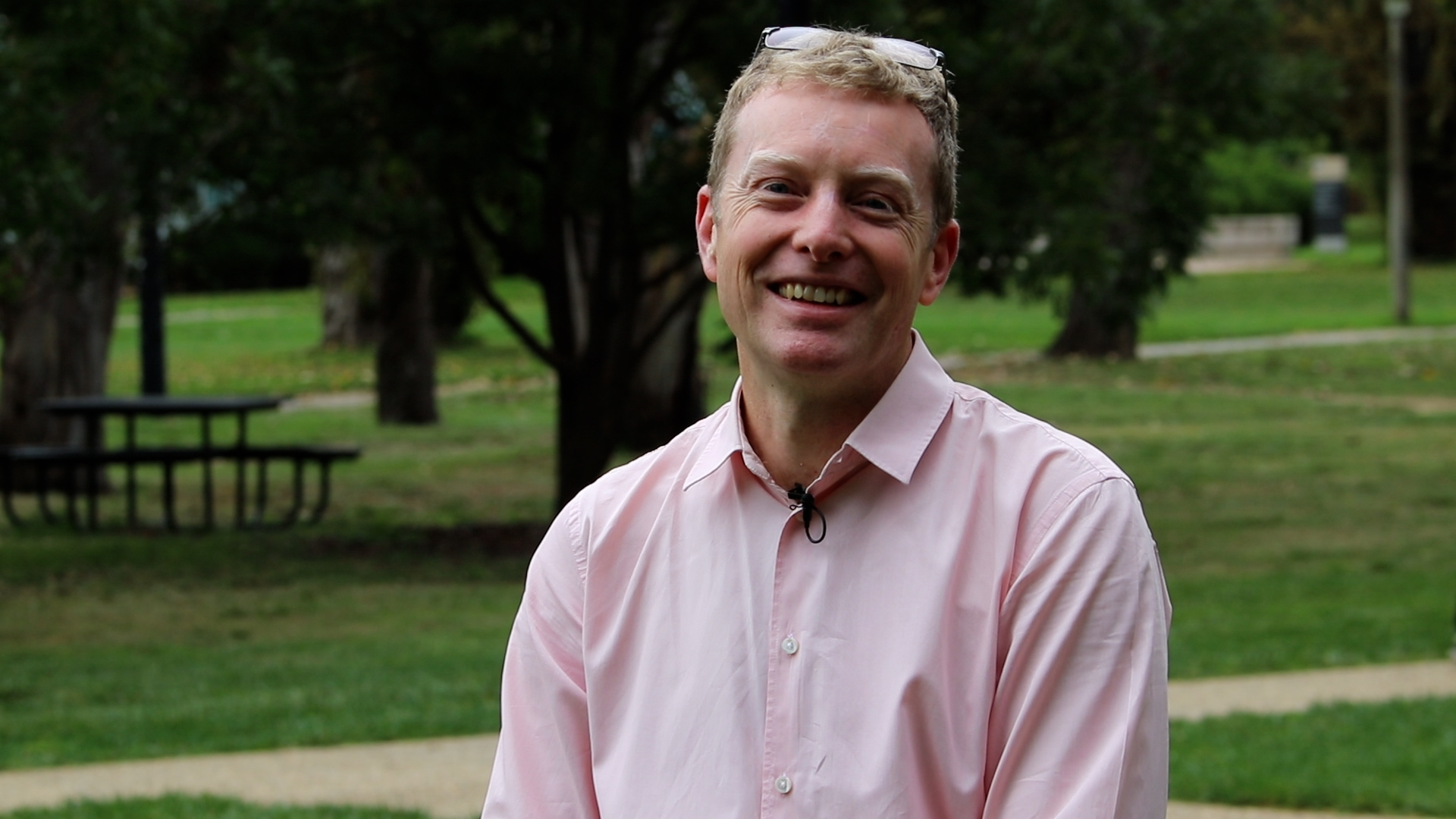 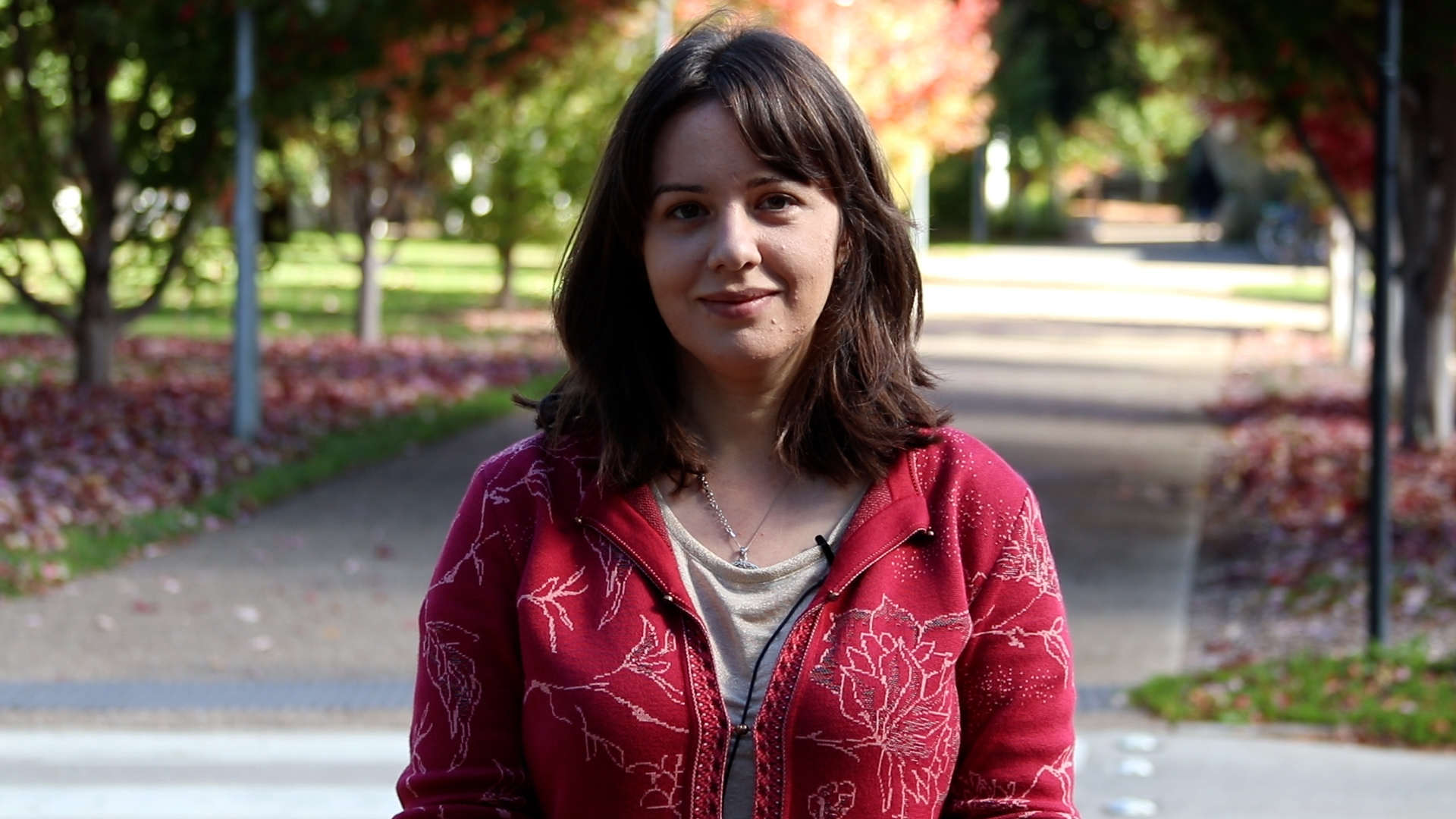 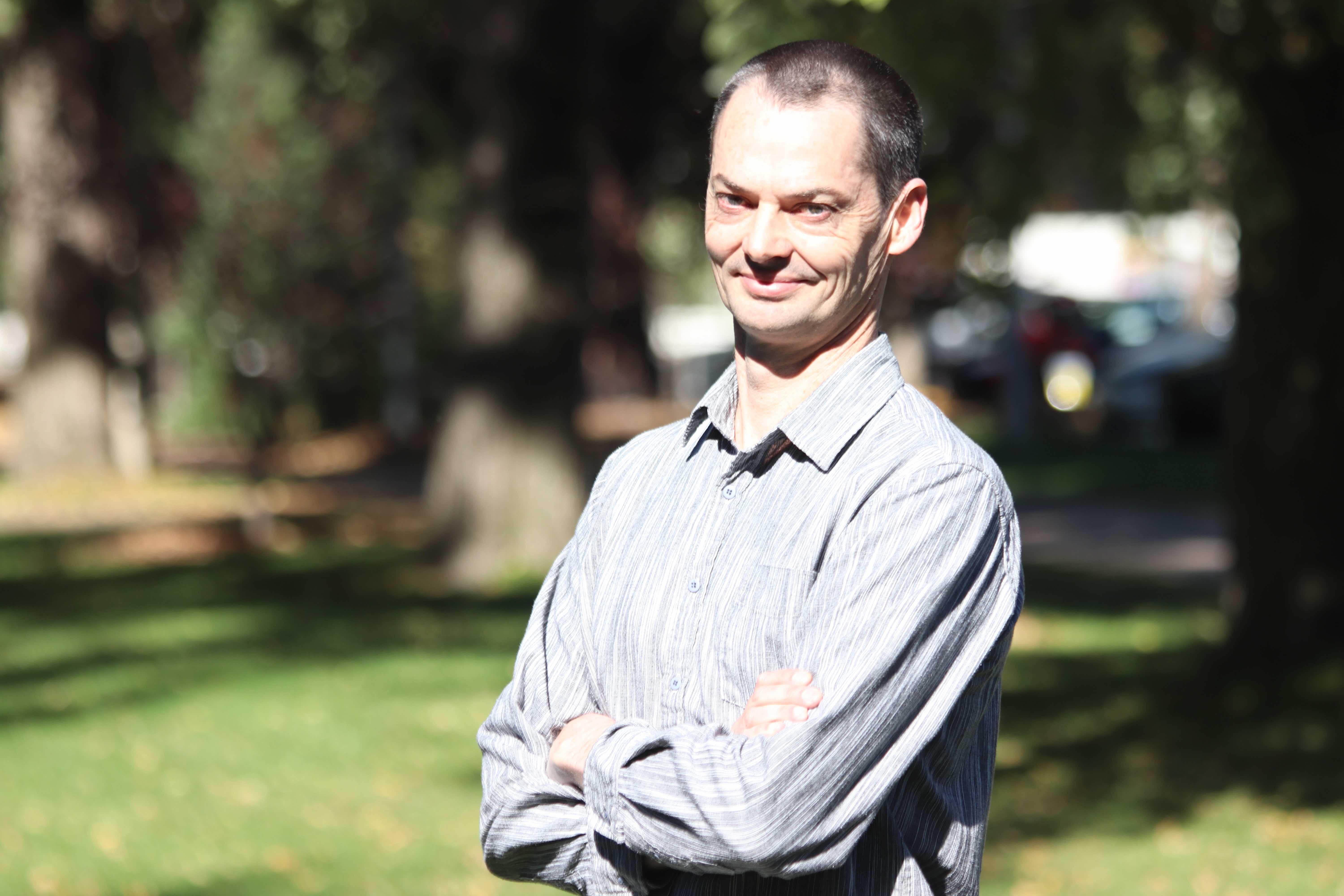 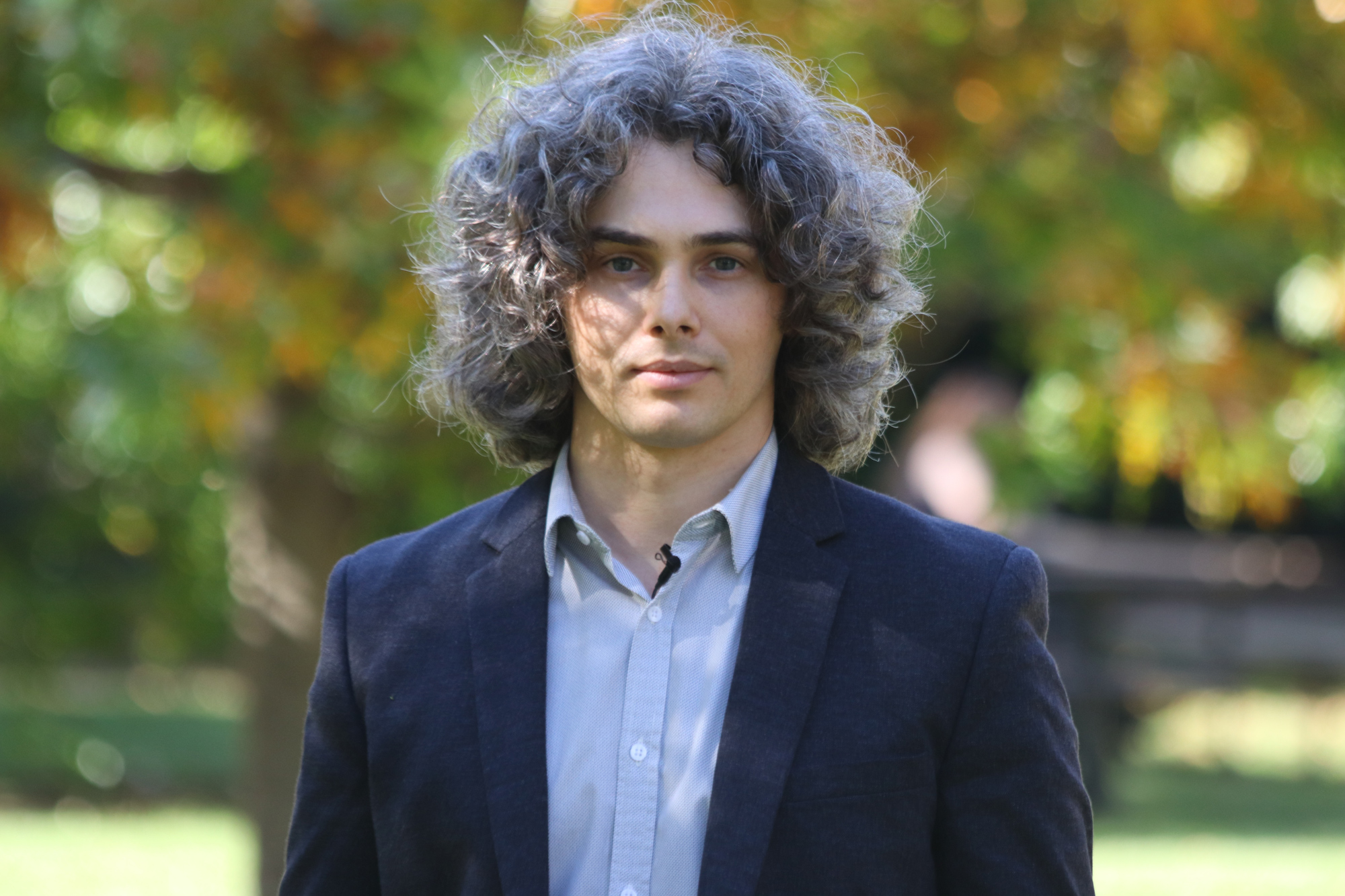 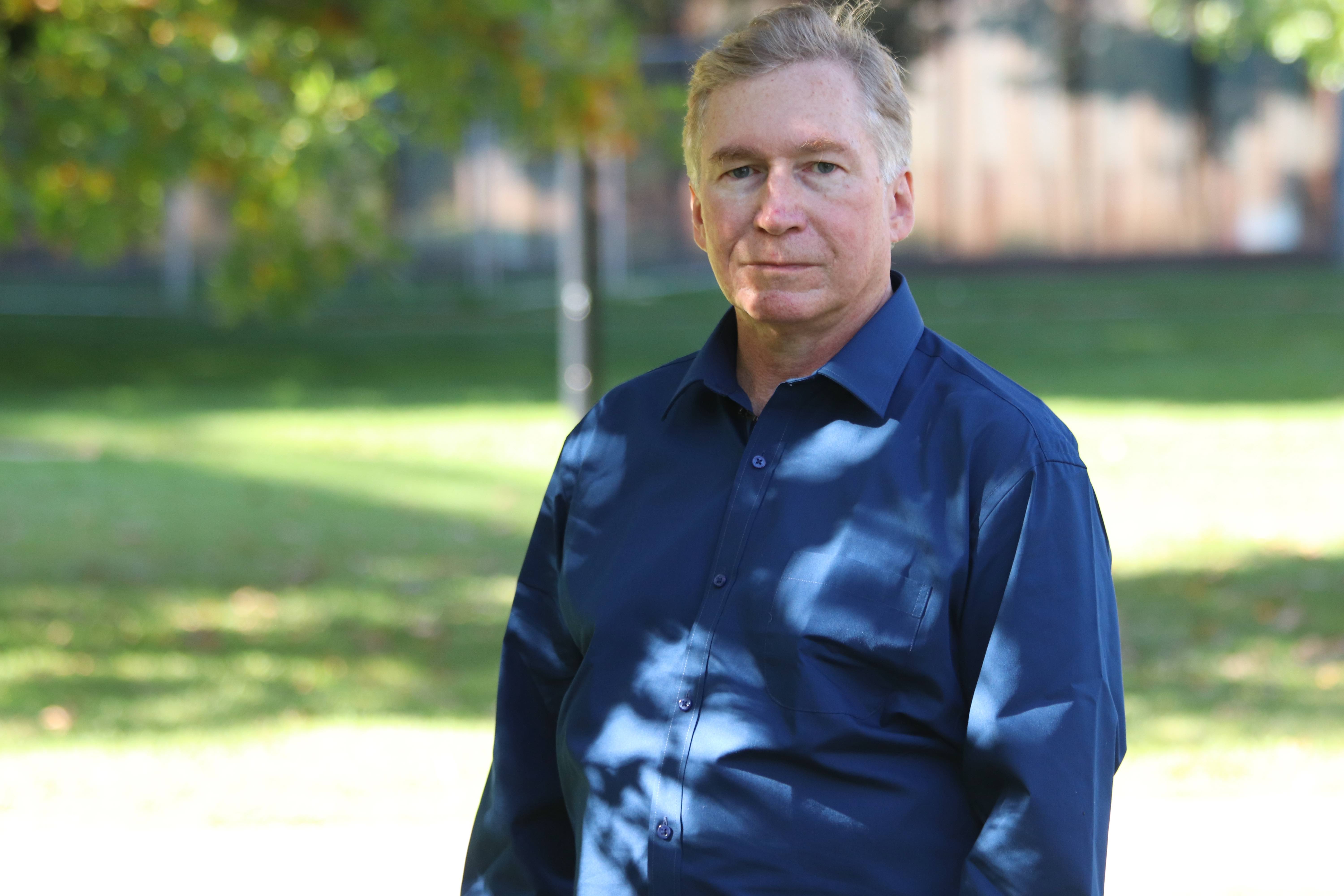 Dan Andrews is a computational biologist with a background in human genomics. He is an ANU biochemistry graduate and has worked in both research and industry, in Australia, Japan and the United Kingdom. With an unapologetically technical focus, he has authored papers in genomics, computational biology and molecular evolution.

During his fellowship, Dr Andrews will pursue projects to accelerate our understanding of human pathogenic genetic variation. This work in computational biology and bioinformatics, seeks to uncover causal patterns and functional signals from genome sequencing and high-throughput phenotyping data and has both a human clinical context and a model organism context.

At the heart of this research is the data-driven effort to predict medical consequences of mutations identified in personal human genomes. This brings together work built on a base of high-throughput bioinformatics computation to identify genetic variation in genomes. These platforms feed downstream into computational biology investigations that focus on the application of deep learning in cellular phenotyping and prioritisation of pathogenic protein mutation with structural bioinformatics.

Through this work, Dr Andrews will build an understanding of the medically-relevant consequences of mutation and genetic variation identified in personal genome data. From this understanding, he and his team will produce applications, both computational and pathology tests, to better identify patterns of pathogenic genetic variation observed in complex human diseases.

These research activities will be founded on information systems that control input, derived data and metadata, therefore allowing rapid and/or iterative hypothesis testing with large datasets of real project data. The end-point for these systems is they are intended to produce regulated datasets for training predictive models.

A star chaser by trade, Ioana is a Romanian-British researcher working at the forefront of astrophysics, big data and machine learning with the brilliant people and their unquiet and fearless minds at the Australian National University. She cares deeply about education and leveraging high-quality learning resources and mentorship opportunities for students from underrepresented backgrounds. Guided by her experience, Ioana wants to champion our students to pursue excellence in service to the world around them.

Since its dawn almost five millennia ago, observational astronomy has been the science of discovering puzzling phenomena in the universe, driving theoretical frameworks to new frontiers. Astronomy is ‘outlier detection’ on a cosmic scale, both in scope and size, prompted by big datasets coming from missions such as Gaia, providing the motion for a billion stars, and the Australian-led flagship GALactic Archaeology with HERMES (GALAH) survey, consisting of spectra for almost one million stars.

The photometric survey Legacy Survey of Space and Time (LSST) will transform our understanding of the night sky by providing time-series data for almost 37 billion objects over ten years. To find the ‘needle in the haystack’, we need ways to represent or ‘summarise’ the data meaningfully. To that end, Dr Ciucă will employ generative modeling (DGM) to model high-dimensional stellar spectra to understand the probabilistic correlations or ‘attentions’ between wavelengths (‘pixels’) and identify new atomic transitions and stars with a unique chemistry. Secondly, she will harness the unlabelled LSST time series (‘sentences’) data to discover rare, exotic objects and new phenomena. Using a DGM, Dr Ciucă will also search for an indirect dark matter annihilation signal by identifying ‘extra photons’ under a ‘normal Universe’ model.

After completing undergraduate degrees in Computer Science and Engineering, and a MPhil in Computer Science, Rhys worked for more than a decade as a research programmer with positions at the ANU School of Computing, CSIRO, and NCI (Australia’s peak supercomputing facility). He developed an interest in the Earth sciences which lead to him completing a PhD in Geophysics in 2018. Rhys combines computational geophysics, applied mathematics and machine learning techniques to robustly determine the composition of the Earth at various scales.

As part of his fellowship, Dr Hawkins will combine aspects of computer science, applied maths, statistics and geophysics at various scales from small to the whole Earth. For the next three years he will be working on three guiding research projects.

The use of full seismic waveform approaches in detecting composition and structure (and changes therein) has been demonstrated several times and is arguably the best technique for detecting subtle changes in the Earth. A key issue preventing the use of full waveform approaches in hazard monitoring applications is the prohibitive cost of full waveform simulations. With international collaborators in Europe and USA we have developed techniques that can be used to approximate full waveform physics in a controlled way that bring the concept of full waveform monitoring closer to reality. This project would extend current capabilities and couple machine learning techniques to a potential host of geohazard monitoring applications, such as earthquake early warning, tsunami predictions and volcano monitoring.

This project will examine the use of approximate posterior inference in a large geophysical problem. Over the course of many years, RSES and GA has built up a wealth of geophysical data covering much of Australia. This project will look to expand on previous studies producing continental scale models and do so in a probabilistic sense using more advanced Variational Bayes techniques. The physical size and scale of the data for this problem would require approximate probabilistic inference in an HPC setting. The results of this study will be of interest to the resources industry, GA, and provide insights into formation of Australia.

Towards Next Generation Whole Earth Models

Traditional seismology at the global scale examines oscillations of the whole Earth and is currently only able to resolve very broad scales due to computational limits. This research project will re-examine the traditional seismology in the context of Model Order Reduction, Machine Learning, and Variational Inference. This will be a challenging problem bringing together advanced computational science, applied mathematics and machine learning inference techniques to revolutionise a cornerstone of modern seismology. The aim is to yield a high impact academic result with large implications for the nature, composition and dynamism of the Earth.

Michael is a computational neuroscientist. He was awarded his BEng (Hons) in electrical and electronic engineering and BMus (Hons) in music performance in 2013, and his PhD in applied mathematics in 2018 from The University of Western Australia. After graduating he was a postdoctoral research associate with the UWA Young Lives Matter Foundation working on new computational approaches in clinical mental health. In late 2018 he joined the Queensland Brain Institute at The University of Queensland as a research fellow studying information processing in the developing brain.

Dr McCullough works at the interface between complex biological phenomena and computational methods from machine learning and mathematics to study how the brain processes sensory information to drive behaviour. The field of neuroscience is rapidly evolving as emerging technologies enable us to record activity from thousands of neurons in awake and behaving animals. However, analysing the massive amounts of data generated by these experiments is fast becoming a limiting factor, from both technical and conceptual perspectives.

Dr McCullough’s research will focus on the development and application of new computational methods to identify biologically interpretable patterns and relationships in large-scale recordings of neural activity and behaviour. He aims to work closely with experimental researchers at the Eccles Institute of Neuroscience and international collaborators to uncover new insights into neural coding and information processing in the brain. His project will also involve developing open-source software implementations of the newly developed methods for use by the wider neuroscience community.

A research topic of major interest to Dr Parker is the discovery and understanding of conserved RNA structures in the 3’UTR of genes which regulate host gene expression. Dr Parker’s team has previously developed the EvoFam comparative genomics method [1,2] to discover these by comparing the evolutionary signal across many vertebrate species; functionally important RNA structures will constraint mutations across evolutionary time. This has led to several important biological discoveries.

They have previously used traditional probablistic models for this, but recent deep learning methods have revolutionised biological sequence structure estimation (e.g., AlphaFold for protein structure). The team’s research will use similar techniques for RNA structure, and, importantly, combine this with the evolutionary signal to dramatically improve the performance and capabilities of EvoFam2 to discover new biology. They will also research new computational methods for processing more recently developed genome-wide experimental data such as single cell RNA-seq and spatial transcriptomics datasets, and improved graph-based clustering, spatial clustering, and functional data analysis of cell developmental trajectories. He will collaborate with the John Curtin School of Medical Research to experimentally validate his computational discoveries.